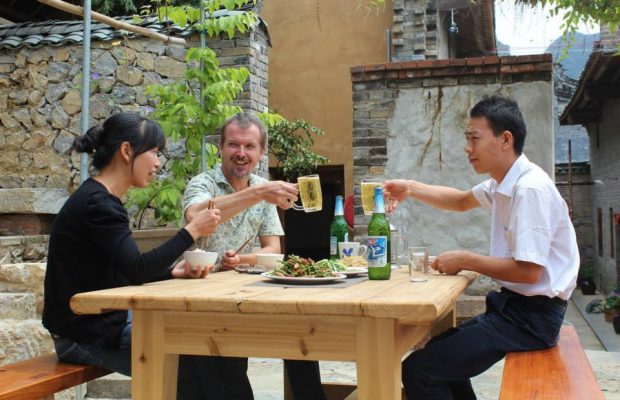 This is an article from ShanghaiDaily.com

It relates to the Yangshuo Secret Garden

South African architect Ian Hamlinton, 47, moved to the south Chinese village of Jiuxian in 2009, having become fascinated by its centuries-old houses.

When he first arrived at the village in Yangshuo County of south China’s Guangxi Zhuang Autonomous Region, the houses were in a dire state, but Hamlinton saw potential in structures he described as “amazing.”

Jiuxian, dating back about 1,400 years, is one of the poorest villages in Yangshuo and the houses were in a bad state of repair because of a lack of funds. They were also not old enough to be eligible for government-funded protection.

Read the rest at ShanghaiDaily.com

A word from us at yangers

With all the progress and development in China over the last two decades, Ian has been a driving force when it comes to the protection of old houses with all of their characteristics and charms.

Ian has won architectural awards in China for his great efforst