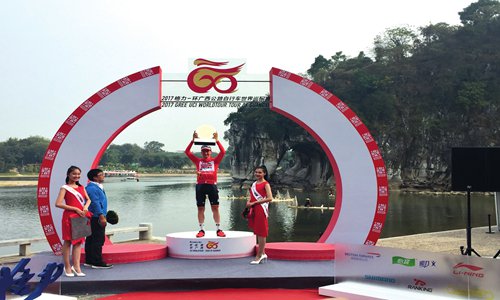 Yangshuo was witness to the final stage of the UCI cycle tour of Guangxi.

The tour came through Yangshuo and went past the Big Banyan Tree and Moon Hill before going over Yangshuo bridge towards Fuli, Xingping and eventually ending in Guilin

Here is an article from globaltimes.cn

The tour comprised six stages and covered 940 kilometers, stretching across the cities of Beihai, Qinzhou, Nanning, Liuzhou and Guilin in the Guangxi Zhuang Autonomous Region. Belgian Tim Wellens from Team Lotto Soudal was the grand champion.

Read the rest at globaltimes.cn